A 600 YEAR OLD TRADITION WITH ABOUT 400.000 VISITORS AND LIVE TELECASTING ALL OVER NETHERLANDS AND BELGIUM

Nowhere in the world is Saint Nicholas (in Dutch: Sinterklaas) celebrated as extensively as in the Netherlands.
In mid-November Dutch television is broadcasting the official entry into the Netherlands of St. Nicholas and his helper Zwarte Piet live to the nation.
Coming by a steamer from Spain, each year they dock in the harbour of a different city or village. Wearing traditional bishop’s robes, Sinterklaas rides into town on a white horse to be greeted by the mayor of the city. A motorcade and a brass band begin a great parade which leads Sinterklaas and his Piets through the town. 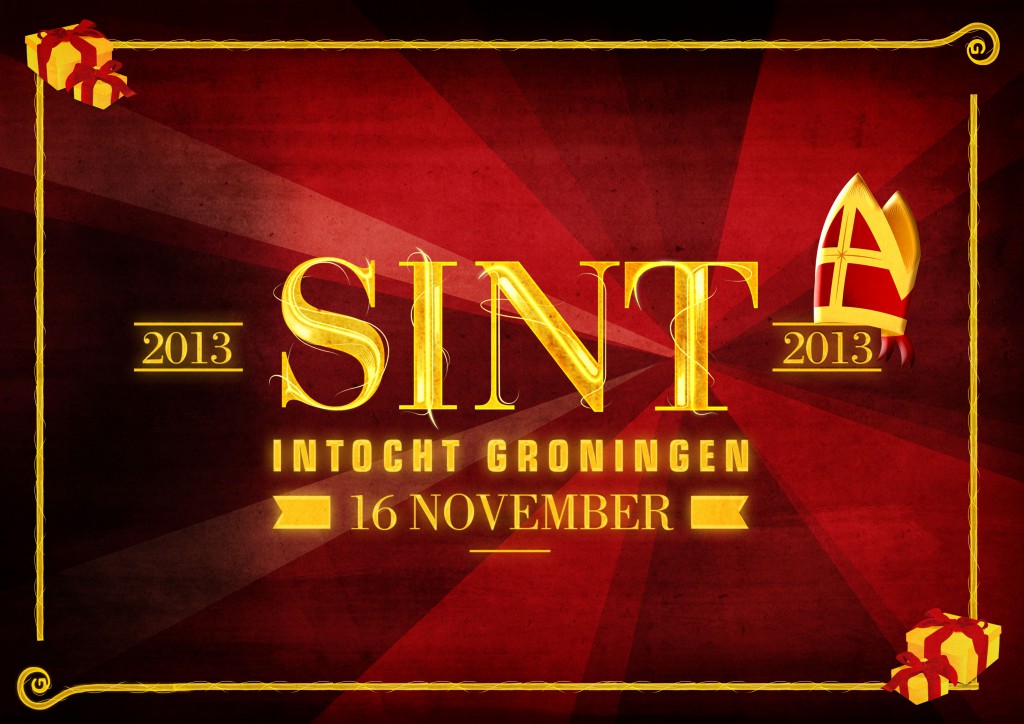 In 2013 it was going to happen in Groningen, Netherlands. The design studio where I was running my internship at that period was chosen to create the whole artwork campaign around this event. Logo, Banners, posters, flyers, information booklets, hats, flags, and a guerilla campaign were pulled up in about one and a half month. A beautiful, traditional event where we could design the visual appearance in the whole city. 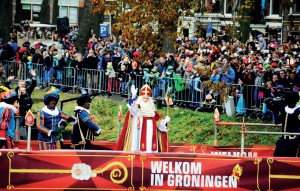 Sinterklaas is dear to the hearts of Dutch children.
He can be recognized by his eye-catching red cape with red miter and his long white beard. Significant is the red-ruby ring he wears and the gold-coloured crosier he holds, a long ceremonial shepherd’s staff with a fancy curled top, which we made use of as a recognisable symbol in this campaign. The curl symbolises a snake, a sign of wisdom and infinity.
He travels with his servants called ‘Zwarte Pieten’ (‘Black Peters’). When Sinterklaas and the Zwarte Pieten come ashore from the steam boat, all of the local church bells ring in celebration. Sinterklaas, dressed in his red robe, leads a procession through the town.
The arrival of Sinterklass – “Intocht van Sinterklaas”, is probably the most exciting moment of the whole ceremony. 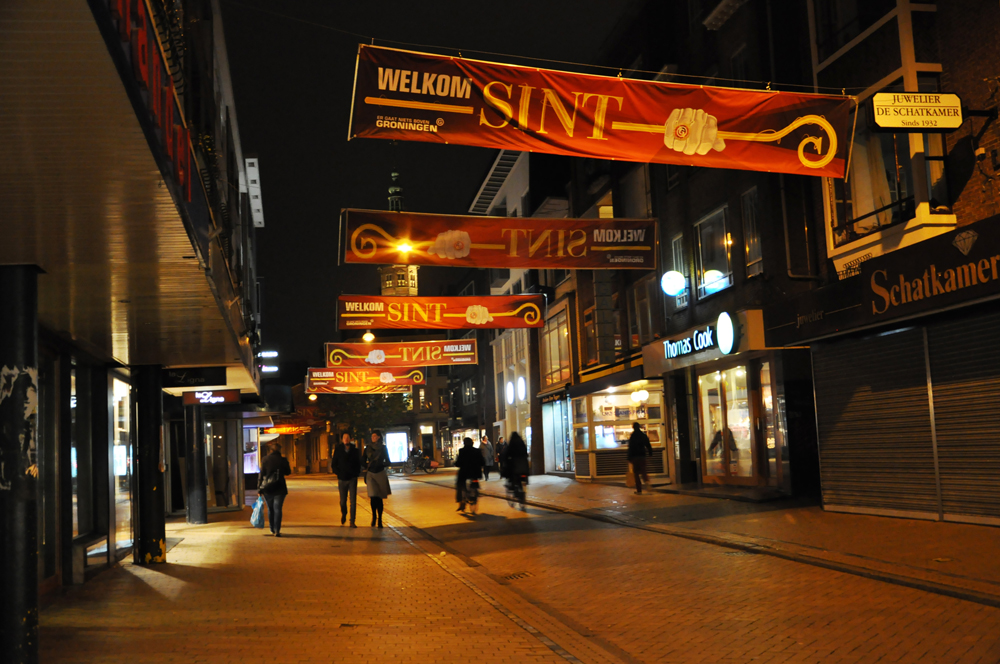