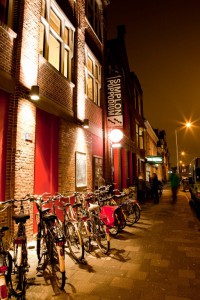 Simplon Poppodium is an art center in Groningen, Netherlands. An institution which exists for over 30 years. Simplon provides space for musicians, artists, exhibitions and all kind of cultural events. Anything in pop, rock, metal, hiphop, jazz, punk or electronic music took place at this special place. In 2014 Simplon was about to be closed down because of financial difficulties.
This lifesaving campaign for Simplon was an initiative of Studio Plakband where I was doing my internship at that time. A viral help-message was spread through the internet and a facebook vote-page was set up. Every voter could support the campaign by sending in his photo which was then adjusted with the logo, the colour and slogan of the campaign against the closure of Simplon Poppodium. Just after a few hours the campaign took of and we already had 2000 followers. The social media profiles of many were covered with the bloody-red avatars. Many good known musicians and artist who played in Simplon before also took part in the campaign. This viral movement developed into a real march of Simplon lovers into the city center. It took only a few more days after the start of the project and there was actually something happening. Through the success of this campaign an investor became interested and saved the day. Simplon is still running. DEMONSTRATION AGAINST THE CLOSURE OF SIMPLON POPPODIUM 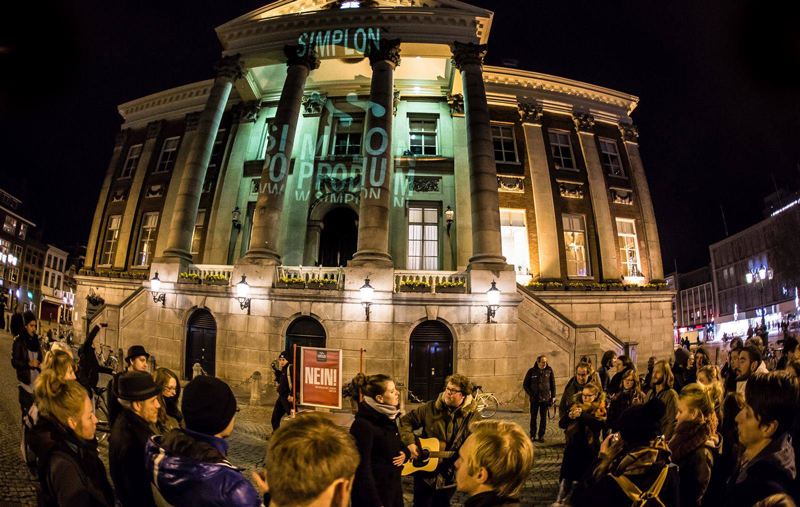